Obviously the Trevi Fountain is one of the most impressive and famous monuments of Rome. Millions of people come here every year in order to take a picture here, or to throw a coin in the water of this amazing fountain. But don’t forget that everything can be a dark side, or, in another way, even the worldwide famous monuments can have several curious details that should be observe…

First of all let me tell how the Trevi Fountain is a modern monument, for the standars of an old city like Rome.

Imagine how it was completed in about 30 years, in the mid of the XIX century. Pope Clement XII was that pontiff who would the special contest that should be used to decide the master, the architect better, who should design the new monument. After a couple of minor choices Nicola Salvi, a famous architect of that time, won the competition becoming the man who must think about the masterplan. There was only one problem, because as it can happen today not everybody was agree with this masterpiece. There are and there were people who didn’t like the Trevi Fountain. And it is the reason why a curios detail, according to the tradition, was added almost at the end, just before the inauguration. I’m talking about the so called Ace of Cups, a big travertine vase that can be seen on your right, if you have the fountain in front of you. It is located opposite the pharmacy of the square, standing on the external balaustrade of the Trevi Fountain. Why does the Ace of Cups exist? 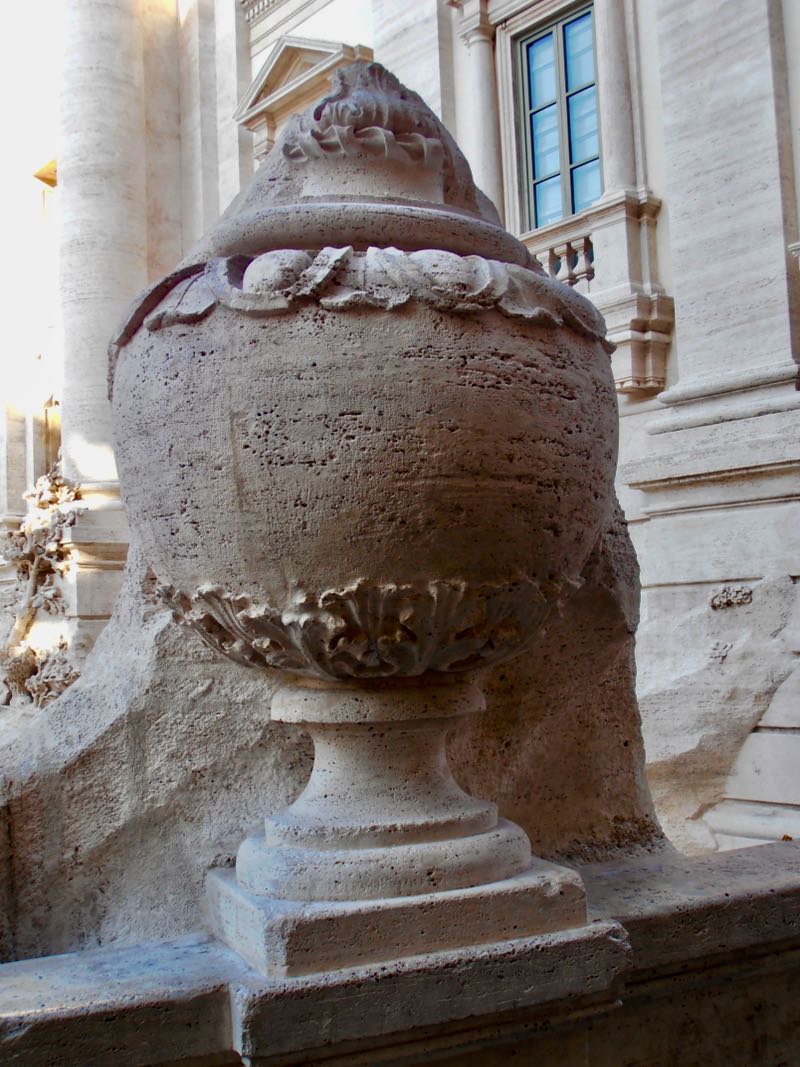 First of all the nickname takes its origins from the symbol of the cards. But the question is: why? Imagine to be in the Rome of the XIX century, when the site construction was inaugurated. There was at that time the shop of a barber, a local barber who was working there since many years. We don’t really know why, but it seems that the town barber criticized every day Nicola Salvi and his project. He didn’t like what he used to see each single day from his studio. Moreover it seems that he used to critice the Trevi Fountain, or better its site construction, cutting the hari of his hosts. So other people started to hate, in some degree, what Nicola Salvi was trying to make. What was the solution? A big travertine vase that can block and stop the view, preventing the barber to see the Trevi Fountain from his shop! Who knows if this tradition is true!

What is true is that the so called Ace of Cups is very similar to one of those tools that sometimes are, still today, used by the barbers. Ah, the irony!

Booking.com
Booking.com
My name is Gianluca and I'm a professional and local tour guide in Rome. I feel very lucky because thanks to my job and my passion I have the opportunity to share with you the beauty of Rome. Moreover I…
Read More