The aim of this short note is to introduce you to a picturesque but almost unknown place.

As I see it, if you arrive in Garbatella in the middle of the night, without ever having been to Rome before, waking up in the morning you might think your GPS[i] is drunk: well, it isn’t. You ARE in the Eternal City, not far from famous monuments that attract people from all parts of the world, like the Colosseo and the Circo Massimo, just to mention a few.

Garbatella is a working -class neighborhood, or, better it’s a Rione: it’s situated just outside the Mura Aureliane (Aurelian Walls), a defensive circuit built between the III and IV century, of 13 km of which are still visible.

Although outside the city centre Garbatella is only ten minutes away by metro from the Stazione Termini. It’s a strip of historical centre built 101 years ago in the middle of vineyards.

Since the 1950s[ii], a large number of movies and Tv series have been filmed on location in Garbatella , thanks to its unique atmosphere. One of the most successful is the Tv series “I Cesaroni”: The Bar dei Cesaroni attracts large crowds of tourists and Romans, all making their secular pilgrimage. Some are also looking for the Roma Football Fan Club that has been celebrating the yellow and red colors for almost half a century. You can run into groups of explorers following their paper or technological maps, all of them a little disorientated.

It’s very easy to get lost in the Garbatella and I would say that it’s a must: the roads aren’t parallel, some are winding, some turn unexpectedly and some take you up and down. Three different ways to reach your destination are always possible, by choice, by chance or by mistake, depending. In any case, you will never die of hunger or thirst in Garbatella, because it’s full of life: people live and work here, children play in the courtyards, women hang out the wash on shared lines, people play cards in the sun, others share recipes while cleaning artichokes, and some go to the bakery for hot pizza…you can even bump into White Snow and the Seven Dwarves.

Garbatella could be described as a village within a town, a garden-suburb: a correct but not exhaustive picture. Rome is certainly not known for its skyscrapers and here in Garbatella, more than elsewhere, everything is horizontal. You can see gardens with citrus trees, agave, coloured bougainvillea climbing up the walls, mimosa trees in the shape of giant umbrellas, lush roses, marble busts watching you from above, maxims written on walls, fragments of sky framed by arches, eccentric chimneys, memorial plaques. The result is one hundred years of life, architecture and human stories that have made Garbatella an experimental, friendly and welcoming place.

In the beginning there was the Name. Names are very important in everyone’s life: they are given to you and that’s it. But not in this case. Originally the newborn area was named Concordia the garden-suburb, as written on the cornerstone laid in piazza Brin on February 18th, 1920 by His Majesty the King Vittorio Emanuele III. This foundation stone celebrates an historical triumph as well… more on this when we tour the area together.

During the Fascist period Concordia was renamed Remuria, from Remo, Romolo’s less lucky and less clever brother. Remuria, to my mind not a very attractive name, didn’t have much success while instead the more popular Garbatella resistente[iii] , used during and after the War, remained; a name that in Italian evokes beauty and kindness, as we will see further on. 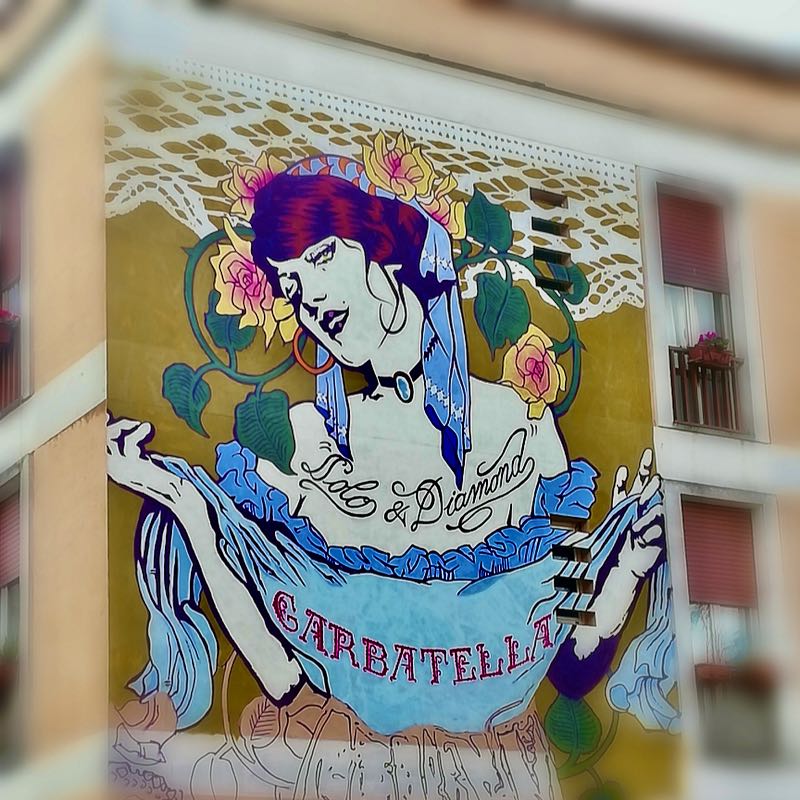 Many artists have tried to give a face to Garbatella; last, but not least, Solo and Diamond recently painted in via F. Passino a fresh image of Clementina for the Muri Sicuri.[iv] Exhibition.

Carlotta is another local feature, an historical fountain with the face of a woman, designed in 1930 by the Architect Ignazio Sabbatini. Despite some damage and her venerable age, Carlotta continues to provide fresh water to the thirsty, while watching people pass on the Lovers’ Stairs nearby. She too confirms that Garbatella is female. 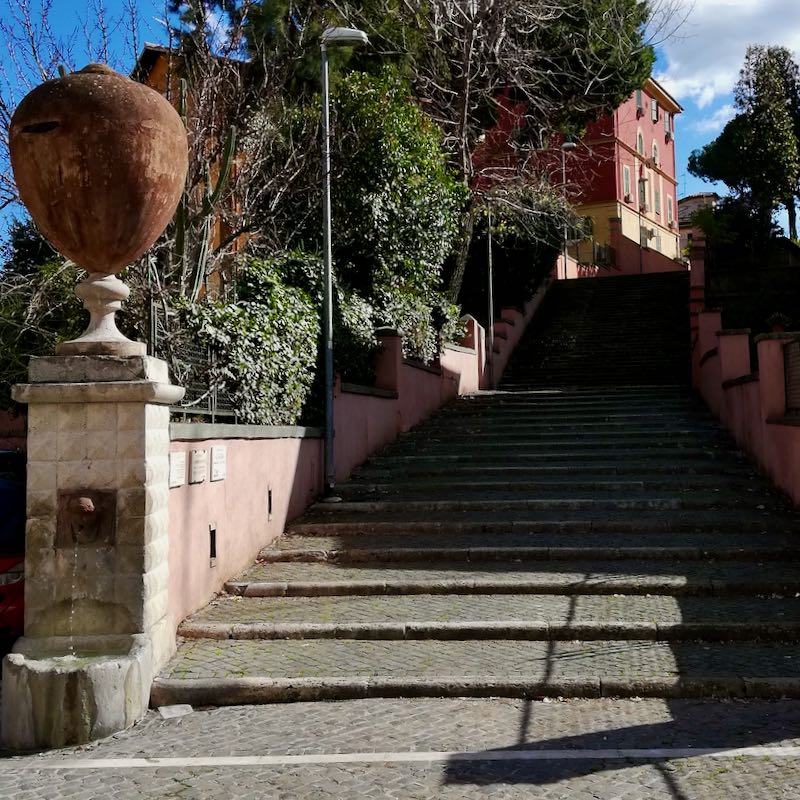 Mention is made in the Parish Church Registers of Maria, a Garbata Ostella (kind landlady) and that’s where the name comes from. Maria was the owner of a local wine bar. According to gossip she showed her kindness offering wine and much more. This may or may not be true, but, as everyone knows the world is full of envious people.

Many books and guides have been written about Garbatella. “Lotto” and “barocchetto” are recurrent words in describing it and if you want to find out how a chameleon changes its colour, then you must visit Garbatella with me. I’ll be waiting for you!

[iv] The mural called “Oh My Darling Clementine” inaugurated on march 2020 for the for the hundredth anniversary of Garbatella.

Hi, my name is Pierangela, but my friends and relatives call me Pieri. As a Qualified Tourist Guide of Rome, I combine my love of meeting people with the discoveries and beauties of my city as we stroll through history…
Read More