Rome conquered Egypt with the Battle of Actium in 31 B.C. but was so enchanted by it that the symbols of this ancient civilization are still scattered in the streets and squares, as well as in the Museums of the City.

From the heights of the hills Republican Rome scrutinized the horizon, which after every conquest moved farther, beyond the sea. Its ports welcomed goods and people from all over and, with them, new ideas, new religions and new fashions circulated in the city. In the second century BC, walking where now there is Piazza Venezia, just to give an idea, we ran into the Egyptian priests, called the pastophores. Cleopatra, queen of Egypt, stayed in the Horti di Cesare, in the Trastevere, showing her make-up and hairstyle, immediately copied from the Roman matrons.

In imperial times great temples in honour of Isis and Serapis were erected. One by chance, Domitian, escaped a lynching thanks to a disguise… Egyptian, long before the Carnival was established.  That event brought him luck, since, after his father Vespasian and his brother Titus, was his turn to become Emperor[1]. 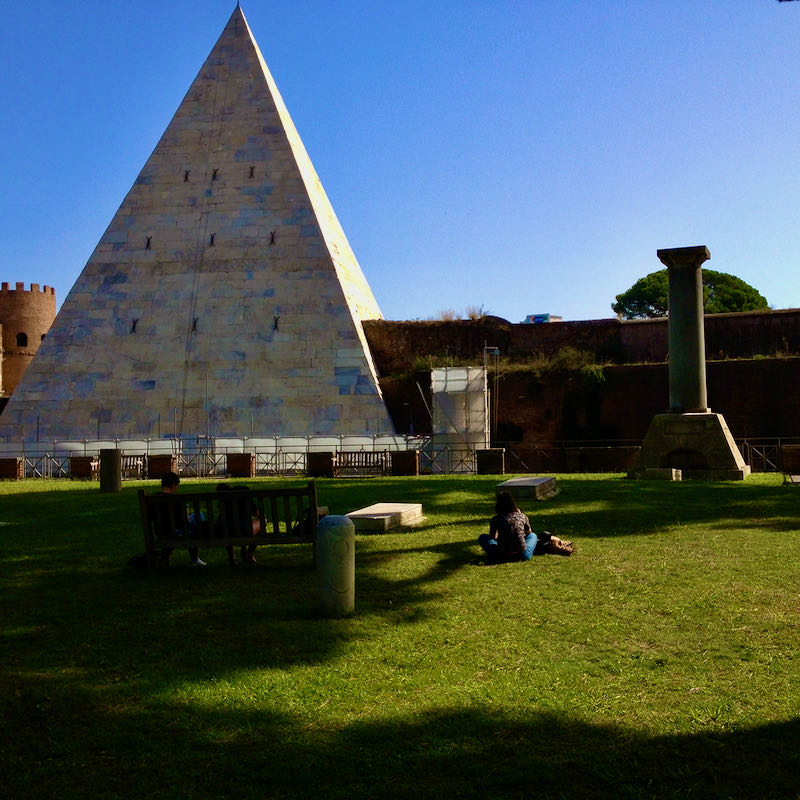 The obelisks erected in Rome, imported with extreme caution directly from Egypt, were the prerogative of the emperors. To build the pyramids, instead, a substantial bank account[2] was enough. The architects and workers were found in Rome, for the marbles needed, the autarchy was in force. Even at that time reducing costs was economically contemplated.

Those who think that the metro station B, Pyramid, is just a name on the map, will have to change their mind, because, beware of imitations, this is authentic, built in the first century BC

The Pyramid of Caius Cestius, the only survivor of a series. It is a large tomb, no fiction, inside there is the burial chamber, all regular.

The location, close to Porta Ostiense[3], today’s Porta San Paolo, guaranteed wide publicity to his host, who was so remembered over the centuries. A successful operation, also for its considerable size, a square base of almost 30 meters of side for a height of 36 meters, abundant.

The marble “Lunense”, or Carrara, of which it is covered, was appreciated centuries later by those who meant marble, Michelangelo in person! 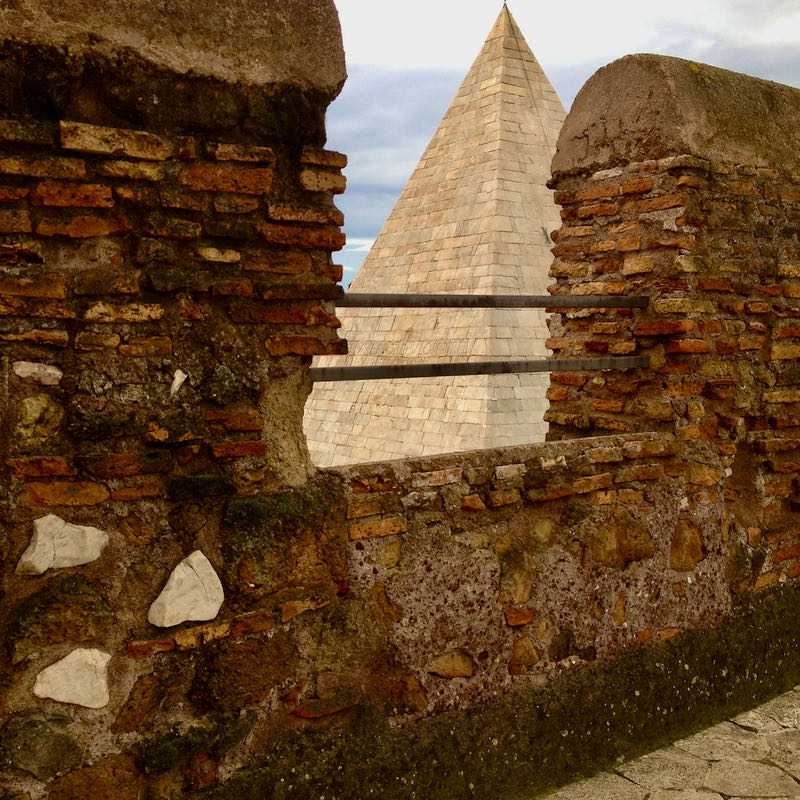 When the pyramid was designed it was not expected that vehicular traffic would make it grey in the last century. Since 2014, after a cleaning and grouting operation of the external surfaces[4], thanks to the generous financing of two million euros paid out by an entrepreneur, the Pyramid Cestia emerges in its whiteness.

A true patron Yuzo Yagi, a Japanese gentleman[5] who wears white and deals with fashion. Coincidences?

[2] You paid interest to the bank to keep the sesterces, but at the time the capital was always guaranteed…

[3] Porta = Door. This is one of the well preserved door of the Aurelian Walls

Hi, my name is Pierangela, but my friends and relatives call me Pieri. As a Qualified Tourist Guide of Rome, I combine my love of meeting people with the discoveries and beauties of my city as we stroll through history…
Read More